Bogner is the pinnacle of modern guitar amps.

Bogner reigns at the top of modern high-gain amps and manufactures amps that fascinate guitarists. The solid enclosure of their amps reliably outputs the sound guitar and is used as the reference for guitar cabinets.

Reinhold Bogner, a genius in the world of guitar amps, moved from Germany to Los Angeles, USA with a modified Marshall. After remodelling the amplifiers of guitarists who were active in various LA music scenes, he created his own brand, Bogner.

Speaking of Bogner, their flagship model is Ecstasy. With a completely independent 3-channel preamplifier and the fat distortion sound that can be called Bogner’s signature tone, it has fascinated many famous guitarists. The first Ecstasy started with the 100A/B, and the current 101A/B has undergone some minor changes, but the basic design has remained the same, and it continues to reign supreme. Even if you look at other manufacturers, it is rare that the same model amp has been released for more than 20 years. It is easy to see how the Ecstasy amp was perfected from the beginning and has the capability to be used in the changing music scene. 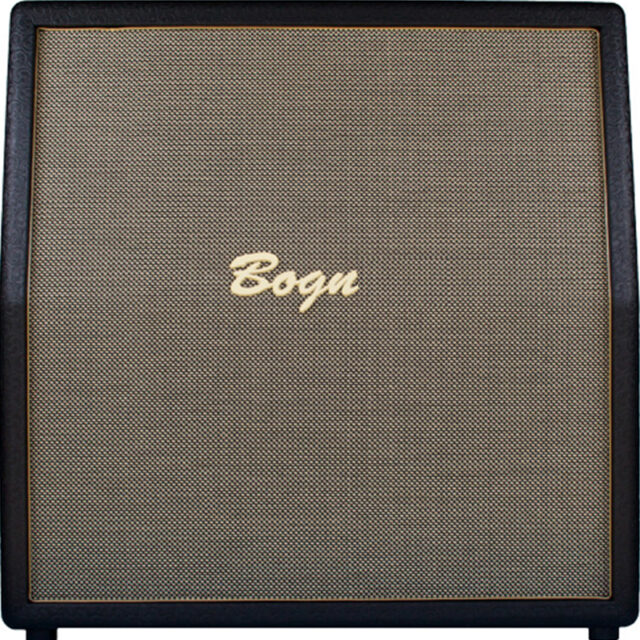 After that, they released Shiva, which has a brown sound and a superb clean tone. The elegant tone character, which is slightly different from the Ecstasy, has made it a popular model not only for rock musicians but also for studio session players. Then, Uberschall was released as a modern heavy amplifier. High-gain amps tend to lose the contour and response of the sound even when expensive, but the responsive distortion sound that lives up to the name of “Uberschall = supersonic speed” fascinated guitarists.

Ecstasy 3534, which appeared in 2019, is small in size. Equipped with two EL34s and two independent 3ch like the flagship model Ecstasy, it has become a popular model with specifications that best match the recent music scene.

Both amps are Bogner’s best-selling products for many years, but their cabinets are also excellent. Especially popular in Japan was the 112 Cube cabinet, equipped with one 12-inch speaker unit. Despite being a single 12-inch unit, the thick enclosure produces an unbelievably rich sound. Also, the 212CB cabinet, which has two 12-inch units, was originally designed to be placed under the 412 slant cabinet.
And speaking of Bogner’s cabinet, it’s a 412 cabinet with four 12-inch units that fully reproduce the potential of the company’s Ecstasy. There are many world-class tour musicians, and who use Bogner cabinets even if they use amplifier heads from other companies. A solid enclosure that does not collapse even at high volumes provides the ideal sound that many guitarists seek. The lineup includes two types, slant and straight. The slant is characterized by a slightly expansive sound, and the straight is characterized by a well-phased and focused sound.

If you’re looking for a studio monitor-like precise reference for your guitar cabinet, look no further than a Bogner cabinet.