A masterpiece of modern heaviness amps

Diezel amp, a masterpiece of European and modern heavyness amps born in Germany. His cabinet IR reproduces the sound of a high-dimensional fusion of simplicity and robustness that reliably outputs the sound of a Diezel amplifier with overwhelming power and sound density.

Diezel amp, a masterpiece of European and modern heavyness amps born in Germany. His cabinet IR reproduces the sound of a high-dimensional fusion of simplicity and robustness that reliably outputs the sound of a Diezel amplifier with overwhelming power and sound density.

Diezel is an amplifier manufacturer founded in Germany in 1992 by Peter Diezel and Peter Stapfer. It is manufactured entirely by hand using high quality and carefully selected components by a small team of four. The modern beautiful PCB layout and internal construction make you feel European taste.
Our first product, the VH-4, was equipped with a 4ch preamplifier, allowing us to freely handle beautiful crystal clean tones and deeply distorted drive channels. In addition, the channel can be controlled by MIDI, and the Diezel brand name has been known all over the world since it was used by top guitarists from the beginning.

Diezel sells very high quality, but every amp manufacturer has to rely on other companies for tubes. And vacuum tubes can have unexpected troubles. Diezel has two HT Fuse on each working in pairs as protection for the power tubes. If trouble occurs in the power tube during a performance on an important stage, a pair of HT Fuse from the company will protect you, so you can avoid the trouble of sudden loss of sound during the performance. This function has been installed since the initial model VH-4.
After the VH-4, Herbert will be released as a model that boasts a spectacular 180W with six EL-34/KT-77 tubes. The preamp has also been newly designed, with a total of 3 channels from Diezel’s unique beautiful crystal clean to ultra-high gain overdrive, and 2 MIDI controllable Mid Cut and Master Volume channels, providing versatility for live stages. We have completed an amplifier like the culmination of modern amplifiers. 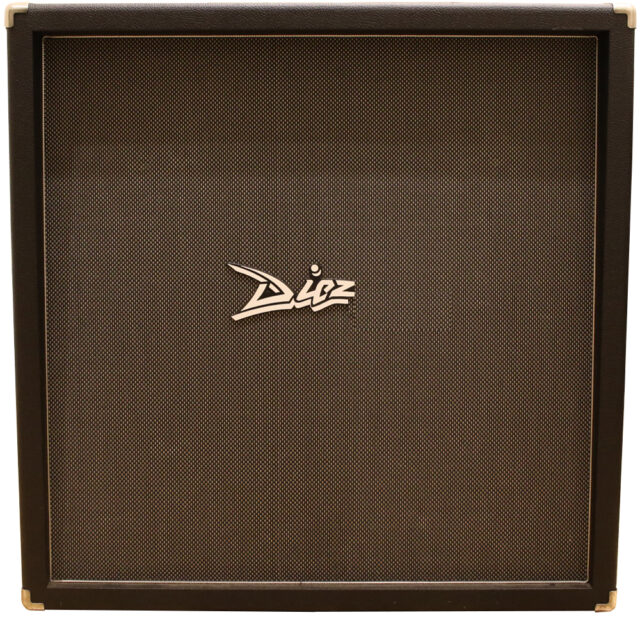 Since then, we have released amp heads that are relatively small in size but have high output and Diezel’s unique beautiful sound, as well as stomp boxes that allow you to easily obtain Diezel’s sound.
A cabinet that can withstand that power is essential for an amp that can obtain dreadnought power. Diezel’s cabinets range from 412 straight cabinets to 212 cabinets, all handcrafted by a single staff member. Both 412 and 212 are available in two types: FD (FrontLoad), which fixes the speaker unit from the front of the baffle plate, and RD (RearLoad), which fixes it from the back. In addition, the material of the enclosure is changed for each of the FD and RD, and not only the difference in sound quality due to the structure but also the optimized design is performed.
This time, we succeeded in sampling Diezel’s representative cabinet, 412RD. Four Celestion Vintage 30 are placed from the back of the baffle plate. Reproduces the charm of a dedicated cabinet that accurately outputs Diezel’s unique deep bass and punchy sound.